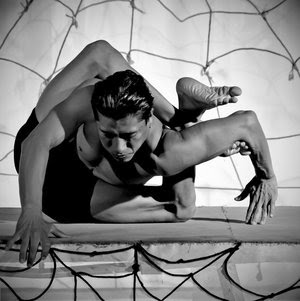 (An unfinished post I found lying abandoned in the draft folder. Posting for old times sake.)

Peter Hitchens has two main virtues: He can at least write like a Hitchens and his name is a nostalgic reminder of the golden age of internet debate when the four horsemen of the New Atheist movement rose from the rubble of the world trade center to challenge religious authority.

In The Cold War Is Over Hitchens takes the Western establishment to task for its unfair rhetoric against Putin. Yes, he asserts, Putin is a "sinister tyrant" but comparisons to the USSR are hysterical nonsense based on highly selective examples. A fairer analysis of Russia would approach the subject more charitably by considering how her history and geopolitical position shapes her current political polices. Hitchens then deploys the same arguments used many times by the Communist apologists of yesteryear :


My country boasts that it has not been invaded for one thousand years. The U.S. has not really been invaded at all, unless you count Britain’s 1814 rampage through Washington, DC (almost exactly two years after Napoleon Bonaparte had made a far more destructive and less provoked attack upon Moscow). But Russia is invaded all the time—by the Tatars, the Poles, the Lithuanians, the Swedes, the French, us British, the Germans, the Japanese, the Germans again: They keep coming. Nor are these invasions remote history. On the main airport road into Moscow, at Khimki, stands a row of steel dragon-teeth anti-tank barriers, commemorating the arrival there, before Christmas 1941, of Hitler’s armies. The Nazis could see Ivan the Great’s tall white and gold bell tower glittering amid the snow in the Kremlin, but they never got any nearer.
..
Safety, for Russians, is something to be achieved by neutralizing a danger that is presumed to exist at all times. From this follows a particular attitude to life and government. If the U.S. had China on the 49th Parallel and Germany on the Rio Grande, and a long land border with the Islamic world where the Pacific Ocean now is, it might be a very different place. There might even be a good excuse for the Patriot Act and the Department of Homeland Security and the FBI. If Russia’s neighbors were Canada and Mexico, rather than Germany, China, Turkey, and Poland, and if its other flanks were guarded by thousands of miles of open ocean, it might have free institutions and long traditions of free speech and the rule of law. It might also be a lot richer. As it is, Russia is a strong state with a country, rather than a country with a strong state. If it were otherwise, it would have gone the way of the Lithuanian Empire or, come to that, the Golden Horde.

Valid points perhaps. But after lecturing us on how the material and historical conditions of Russia shape her outlook and actions, Hitchens promptly fumbles his argument to take digs at atheism:


The generation most fully exposed to this propaganda was permanently warped. One of these worked for me as a translator. She had been born into the elite in the 1940s and as a teenage girl had attended dances among the brown marble pillars of the KGB social club behind the Lubyanka prison. When I questioned her about Morozov, she shuddered. At the time, she had been taken in by the propaganda, only to learn in the long years after just how deceived she had been.

I could not possibly condemn her, nor the other Russians I knew who, like she did, viewed Christianity with lip-curling cynicism, mixed with deep ignorance. They had been marked for life, and it was not their own fault. They felt this wound, and so did their children, who in many cases have turned toward the cross their parents had been taught to despise, because they have seen what a world without Christ actually looks like. Would that their Western counterparts, who think atheism bold and original, could have that knowledge without the accompanying pain.

So the Soviet Union was simply a "world without Christ" but Putins Russia is the inheritance of harsh historical and material circumstances? Such comments on atheism are both unfair and irresponsible. Atheists still remain the most distrusted demographic in America and atheists are frequently ostracized from their family and friends simply for having a different opinion. Throughout the Middle East, Africa and parts of Asia atheists are hunted and killed (as of course are Christians). Causal hysterical comments by writers like Hitchens reinforce the fantasy that once a person 'rejects' the predominant religion of their society, that person is drawn towards dangerous forces that seek to undermine the nation.

Maybe Peter Hitchens should forget old wounds inflicted by his brother and take his own advice by approaching the subject with a bit more charity?
theObserver
Share
‹
›
Home
View web version