Social Justice Warriors: A history and why the term is neccessary. 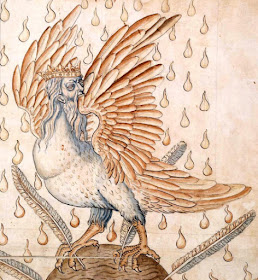 "The bird of Hermes is my name,
Eating my wings to make me tame."
- The Ripley Scrolls

The West is embroiled in an undeclared cultural civil war between secularism and Christianity. Like all civil wars the conflict is bitter with both sides believing their cause is just and legitimate.

Secularism draws it's legitimacy from the French revolution and the Enlightenment. The Church, secularists claim, kept us starving upon our knees while parasitic royals lived in luxury from our labour. The Enlightenment began freeing us from the bondage of religious tradition by ushering an awaking of mankind to the potential of science and reason for creating a better future through harnessing nature and molding society to benefit everyone instead of a privileged few.

But the battlefield has become muddy with once clear banners fallen and trampled into muck. The old rallying call of 'liberal' or 'atheist' can no longer distinguish the combatants.

The last fifteen years of  saw a re-eruption of the old science vs creationism conflict spearheaded by Richard Dawkins and the Four Horsemen. The battle quickly widened into liberal humanism versus religious conservatism as forgotten weapons were reforged and wielded anew. But these blanket banners could not unite differing fractions for long and the infamous elevatorgate incident sparked the inevitable schism. New secular splinter groups began forming almost overnight starting with the short lived Atheist+ whose members sought to expand atheism into a platform for civil rights embracing feminism and racial and gender equality. Soon atheism lost its predominant position in the conflict. The Internet made events more immediate and in mere years a reenactment of the 19th century Darwinian science wars become a reenactment of 1960s civil right struggles fought upon the battlefield of social media. Sociology replaced hard science.

The term social justice warrior (SJW) is both useful and necessary in this constantly shifting battlefield.

It is useful because the term identifies a clear group which no other term fully captures. This group is young and highly active on social media where they identify themselves as "feminist, geek, atheist, gamer, skeptic, freethinker and social justice activist". They draw their legitimacy from the American civil right struggle and from the normative sociology of the Frankfurt school of critical theory which justified censorship and language policing as necessary means for achieving equality and the overthrow of oppressive hierarchies. The closest alternative term is 'cultural marxism' but this fails to capture the social media spread of their movement.

It is necessarily because clarity demands we distinguish this group from both liberal atheists who concentrate on separating the church and state, and from libertarian atheists who have little patience for language policing and censorship tactics. Further, SWJs deserve special attention for their dangerous pandering of Islam and their naive support for unchecked 'no borders' immigration while distracting from actual social change by escalating frivolous causes to the level of civil right struggles. Finally SWJ is a necessary term for brevity in the face of ever increasing self-identification pronouns.

The sheer number of  SJWs may swell the ranks of secularism in the cultural civil war but their presence may well prove pyrrhic for they seek to undermine and destroy the very Christian-Humanistic institutions from which their own moral intuitions and beliefs are drawn. Like Ripleys Bird of Hermes, they eat their own wings to make themselves tame.


Do you agree or is social justice warrior an unnecessarily pejorative reactionary term? If so, what alternative terms would you suggest?