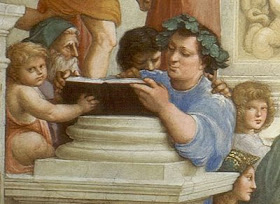 The previous post in the series discussed the Epicurean recommendation of avoiding politics in favor of living a simple life with friends in an epicurean community. An obvious question then is to ask how such a community of philosophical minded individuals can coexist without resorting to politics? The answer lies in the Epicurean conception of justice.

Justice for Epicurus is a mutually beneficial agreement between individuals not to harm one another and to live in a certain manner. Human beings form societies in order to escape natural dangers like starvation or fatal exposure to the elements. But communities are also necessary for flourishing as humans are a rational and social species naturally drawn to form bonds with fellow humans.

This social contractual theory of justice lies vulnerable to the claim of relativism for contracts can vary from place to place and injustice is nothing more than breaking this contract. What is considered justice in one community can equally be considered an injustice in another community. Furthermore justice can only apply to rational humans; one cannot commit an injustice against an animal because animals are incapable of entering into social agreements.

But relativism here is mild because there is an overriding standard: to do no harm and for the mutual benefit of all. This limits the relativism to ethical acceptable practices. What then emerges is a form of pragmatic lawmaking: we enter into contractual agreements because they are useful to us in our pursuit of pleasure, the greatest good.

This account may sound straightforward but I have my doubts over how long a group of philosophers can live in close proximity, contract or no contract.
theObserver
Share
‹
›
Home
View web version